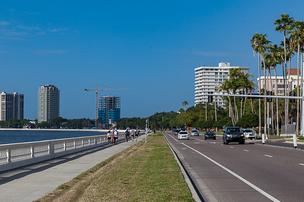 Many high school graduates are unsure of what career path they’d like to pursue upon applying for college. If you are a creative team leader who enjoys mathematics and problem solving, a career in civil engineering just might be your calling. Civil engineers design and supervise the creation of structures. Not just buildings – civil... END_OF_DOCUMENT_TOKEN_TO_BE_REPLACED

Crisdel Group strives to stay current with state-of-the-art technology used in the construction industry. The appearance of bulldozers, graders, and milling and paving machines have changed very little over the years, however; their functionality has evolved greatly. For the past six years, Crisdel has been utilizing Topcon’s Global Positioning Systems Machine Control (GPS-MC) on our... END_OF_DOCUMENT_TOKEN_TO_BE_REPLACED

Rutgers Center for Advanced Infrastructure and Transportation held its annual Work Zone Safety Conference on April 5th, 2019 at Rutgers University in Piscataway, NJ. This conference promotes work zone safety awareness in local and state roadways for an integrative audience of construction, engineering, public safety, and maintenance and operations personnel. As part of the program... END_OF_DOCUMENT_TOKEN_TO_BE_REPLACED

Crisdel Group is honored to be involved with the major renovations to the Toronto Blue Jays baseball facilities in Dunedin, Florida. This $81M project includes upgrades at two locations including the training center off Solon Avenue and the Florida Auto Exchange Stadium off Douglas Avenue, where the major league baseball team has played since 1977.... END_OF_DOCUMENT_TOKEN_TO_BE_REPLACED

Partnerships with Subcontractors and Vendors

Over the past 50 years, Crisdel has developed many long-term partnerships with subcontractors and vendors. These relationships allow us to complete projects faster and on time, continuing the flow of business and keeping our clients satisfied. Crisdel strategically chooses which subcontractors and vendors to work with on each project, as they are viewed as an... END_OF_DOCUMENT_TOKEN_TO_BE_REPLACED

Spring Rainfall: How Will it Affect Your Asphalt Pavement?

April showers will bring more than May flowers if you haven’t properly maintained your asphalt pavement. There is a reason asphalt pavement professionals recommend preventative maintenance to protect your pavement. If you have taken the necessary steps, a little April rain shouldn’t damage your pavement; however, if you haven’t, the rain could cause small cracks,... END_OF_DOCUMENT_TOKEN_TO_BE_REPLACED

What Equipment is Used for Asphalt Milling and Paving?

We drive on roads and highways and park in asphalt paved parking lots every day, but have we ever taken a moment to think about what manpower and equipment is necessary to construct these large areas of pavement? Here is a list of equipment used to construct these surfaces and what they are used for:... END_OF_DOCUMENT_TOKEN_TO_BE_REPLACED

Is it Necessary to Winterize Your Asphalt Pavement?

With winter and its accompanying snowfall on the way, it is important to look at your existing pavement and ensure it is ready for the harsh weather conditions to come. Crisdel has over 50 years’ experience in the asphalt pavement industry and can help you prepare your asphalt for winter by preventing small problems from... END_OF_DOCUMENT_TOKEN_TO_BE_REPLACED

Paving in the Winter: Can it be Done?

With cold weather on its way, asphalt contractors should know how to ensure their operations are successful when the cold weather and snow finally arrive. More importantly, they must know how to maintain quality asphalt paving in these harsh conditions. Quality of asphalt pavement refers to the degree of compaction achieved. Effective compaction is the... END_OF_DOCUMENT_TOKEN_TO_BE_REPLACED